Is there even such a thing as “love at first taste”? Ever since I’ve tried Chen San Ding’s Brown Sugar Milk drink during my Taiwan trip last 2018, I’ve been thinking of it non-stop. It definitely became my favorite and my standard when it comes to milk-teas and I was so happy and excited that the brown sugar craze is a current hit in the metro. I can finally enjoy my Taiwan favorite drink as frequent as I want!

So I’ve been to several milk-tea places to try their brown sugar series, some already have staple names and well-established brand while the others are new but does not stop them from joining the bandwagon. I’ve had quite a couple of brown sugar drinks and I can say that these are my top five:

Black scoop is one of the newly opened ice cream and coffee place who happens to also offer milk-tea drinks. They’ve originated in Maginhawa street, QC and has been doing really great in their field, proved by their growing branches in the Metro. Their Brown Sugar Latte is definitely a must try as their brown sugar compliments the creaminess of their latte drink, just enough to satisfy your sweet tooth. For the matcha lovers out there, they happen to offer a brown sugar matcha drink too!

Tiger Sugar is a popular milk-tea brand in Taiwan that took Manila by storm late last year. With only one pop-up branch open (Bonifacio High Street) so far, you can normally see their store with longs queues of people waiting to try out their drinks. Although I enjoyed drinking their Brown Sugar Boba Milk because not only is it creamy, but their pearls are good, I’m just not sure if this drink is worth waiting for, an average of one and a half-hour of queueing to be exact.

Chatime has always been my staple milk-tea place since a branch is near my workplace. I can say that I’ve always been a fan ever since it opened back when I was in college so I was so happy when I heard that they’ve joined the bandwagon of brown sugar drinks – and they did not disappoint. Their Marble Pearl Fresh Milk is a must try because the milk and the brown sugar does not overpower each other. This brown sugar milk drink is not too much but enough to leave you satisfied. 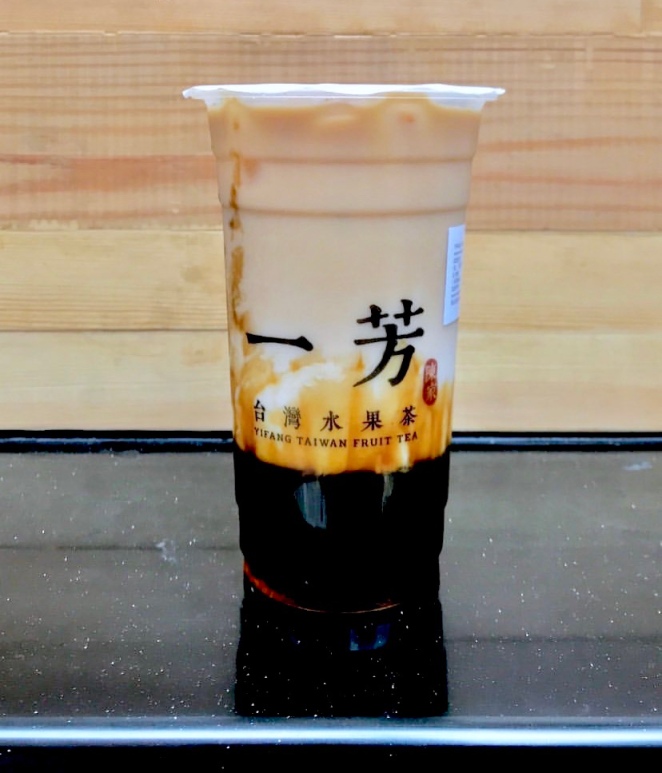 From one Taiwan brand to the other, Yi Fang also opened its branch in Manila last year and is the first one to introduce the brown sugar drink series here. They currently have two branches in Bonifacio Global City and is continuing to grow in the whole Metro Manila. Over the other Taiwan- based brands, I personally love Yi Fang because of how their brown sugar pearls taste like – its soft, chewy, and the brown sugar is well caramelized and a perfect pair for their milk drink.

Topping my list of my most fave brown sugar drinks is Serenitea’s because it’s the one with the closest resemblance to that of what I had in Taiwan. I guess that maybe what makes a brown sugar milk drink different can be the choice of milk itself and there’s something special with Holly’s that tastes different among the other brown sugar milk drinks. Although Serenite’s is the most pricey (around Php 180 compared to P140 max of the others), I am in love with this drink and for me, it’s worth the price.