What Keeps Me Going 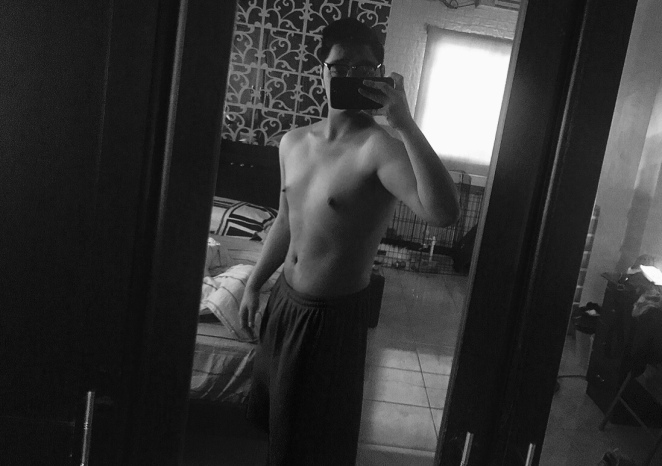 I’ve always been asked on what came into my mind when I realised I wanted to lose weight. Some also asked what motivated me to change, and what keeps the motivation on even though it has been four years since I started.

No one can’t deny that I’m a foodie. It’s no doubt that around 40% of my instagram posts are food (I’d like to conclude that 50% are my selfies and the remaining 10% are everything else I feel like posting). And growing up with my grandmother who loves cooking, I was really passionate to learn cooking, and of course, eat what I cook! And the rest could be perfectly described by the famous Filipino line: “napabayaan sa kusina” or left in the kitchen.

I honestly never felt insecure of my body while growing up, maybe because I was too young at that time to think of aesthetics and my health. It was only at the time when I was already working when I realized that being overweight is not that fun at all and has been bearing some health risks. And of course, people have the tendency to somewhat stereotype which may or may not be that offensive.

It was New Year’s eve of 2014 when I realised that I wanted to challenge myself on doing the right thing – I wanted to lose weight. I know for a fact that it will be hard because I was so lazy to even walk a kilometre before. But it felt like I needed a push, a motivation, and something that would make me go further.

My motivation to start at that time was the people who judged me that I can’t do it. Not that I wanted to slam it on their faces and wanted to prove them wrong but I wanted to prove myself wrong too – because deep inside, I had doubts that I wouldn’t be able to do it as well. And the moment I started believing in myself, everything else seems pretty easy, I slowly got to break self-records and was even surprised on how it I did it.

Demotivation is one of the hardest challenges anyone could fall into. We’re never meant to take the easy journey in life, there will always be some setback and regrets. Or even times when you ask yourself if it’s still worth it. And although I’ve been through this already, I can’t deny that there are still instances when I’d like to rethink again. But some of the things I think that kept me going are because of the self-control that I’ve developed, the consciousness of “been there” and the great result that I’m seeing.

You’ll realise the significance of time once you’re able to see how far you’ve come. You’ll get lots of flashbacks on how you started, how you badly wanted what you have right now years back, how you struggled into becoming the better version of yourself that you are today. Remembering those things always put a smile on my face; I know that there are so much more to do, but it’s okay, I won’t stop doing those little things that I know would help be become better as long as it’s something that makes me happy.

And the best reason to keep going and pushing yourself further is loving yourself enough to know that you deserve it.